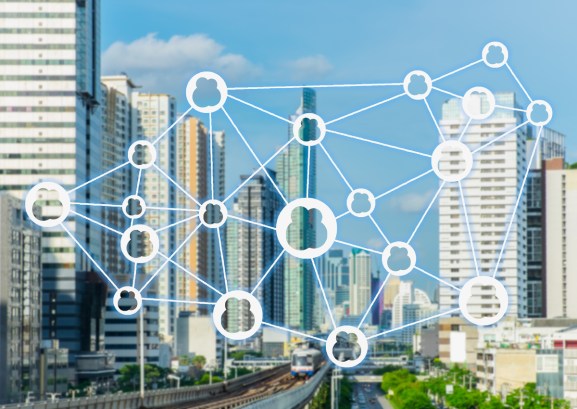 Image Credit: Montri Nipitvittaya / Shutterstock
Blockchain startup Blockstack says it raised $52.8 million in its ICO, finalized Friday. The company is building a sort of parallel to the internet that users access via the Blockstack browser and that features a wide variety of apps. The Blockstack ecosystem promises to benefit both users and app makers. It gives users control over their own data via a personal API. Meanwhile, it allows developers to launch apps without having to host user data or worry about related storage costs and data privacy.

Instead of having all your data stored centrally (for example, having your email stored by Google, your photos by Instagram, your social messaging stored by Facebook), you would have your data stored locally on your laptop, with copies in one or more cloud services of your own choosing. Blockstack apps would have pointers to the part of your data relevant to their app, but they wouldn’t own or store that data. “It’s like Facebook Connect — you bring your identity with you” to various apps, Blockstack cofounder Ryan Shea told VentureBeat.

One potential limitation Blockstack’s approach faces is that, with all apps running locally on a user’s machine rather than on remote servers, app performance could be uneven, with the user experience depending on the limits of his or her device.

But Shea argues that users are unlikely to exprience hits in performance: “The apps run on your machine and they’re fairly lightweight, so in general you shouldn’t be constrained by any resources on your device. Some of these apps will require additional resources from remote servers, but in these cases they won’t be dependent on these remote servers. Instead, they will use them as throwaway servers that provide partial resources for a decentralized network.”

Performance questions aside, the Blockstack approach means users can control the level of security for their data and who it gets shared with. And developers can build and deploy apps without worrying about scalability and any legal obligations they have to protect user data. You can imagine an approach like this helping to solve the issue of GDPR compliance over the long term. (Europe’s GDPR ruling, which goes into effect in 2018, will put a heavy burden on foreign companies handling the data on individuals in the European Union).

Developers don’t need to learn a blockchain-specific language to code apps for the Blockstack ecosystem. “The average developer can build on this,” company cofounder Muneeb Ali told VentureBeat.

Blockstack is already live, though limited. You can see a demo below.

https://www.useloom.com/embed/642a8153b29f416b97ef3837c79b6f84There are currently about eight applications available to anyone who runs the browser (at least on a Mac; Windows and Linux are not yet fully supported). Over 10 more apps listed in the browser are under development. And thanks to the company’s three-month old “Signature Fund” — a $25 million fund pooled together by a group of VC firms backing Blockstack — a number of app makers are now getting funding to build for the platform.

Shea and Ali say the developer community behind the platform is large and growing. They cite some 13,000 developers worldwide who attend Blockstack meetups and say that members of the developer community have been putting up bounties to incentivize their peers to deliver new features. The bounties started small, the cofounders say, at about $5,000, but Blockstack’s investors have now gotten into the game, too, offering bounties of up to $25,000 for apps they’d like to see on the platform. Shea and Ali say they hope to see decentralized clones of services like Slack, Twitter, and GitHub running on Blockstack in the future.

The New York City-based company launched in 2013 and currently has an 11-person team. It expects to expand that number to more than 20 with its ICO funds, Shea said. Blockstack currently runs on the Bitcoin blockchain but is designed to run on any chain.

Publisher (Source): Blockstack raises $52 million to build a parallel internet where you own all your data | VentureBeat