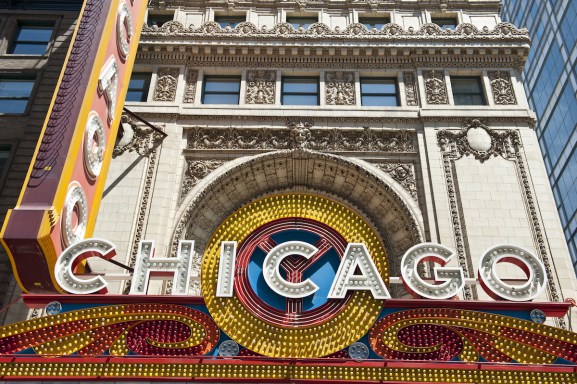 Diversity is a major topic of conversation in tech, but so far, that conversation hasn’t significantly improved representation of women and minorities in the industry. In a recent survey conducted by First Round Capital, nearly 68 percent of founders across the country believe that the tech industry will not become representative of the general population in terms of gender, race, and ethnicity for at least 10 years, if not more than 20 years.

Among the reasons the founders gave were a lack of women and minorities going into tech, unconscious bias, poor college recruiting into STEM, and lack of industry mentors or role models. This does not bode well for company performance — research conducted by McKinsey found that companies outperform non-diverse companies by 35 percent.

But in Illinois, over 34 community organizations, incubators, and accelerators are trying to close that representation gap much sooner.

By my count, there are 16 organizations in the state that focus on promoting gender diversity in tech, 12 that focus on promoting ethnic and racial diversity, and 6 that make it their goal to promote both. Many of these organizations came into being in the past few years as a direct response to the increasing concerns around lack of diversity in tech nationwide.

With a program called Women Influence Chicago, she provides best practices, benchmarking, and education for women to position them more successfully for tech leadership positions.

“Through the work we are doing, we are moving more women into the C-Suite and Board, providing them stronger equity positions,” said Kanouse. “The more women we get to the top, the easier it becomes for the next generation of women to see tech as a long-term career opportunity.”

Kanouse is not the only new Illinois leader to take on the lack of tech diversity head on. Jimmy Odom, founder of Techstars Chicago-backed startup WeDeliver(acquired by same-day delivery service Deliv in late 2015), recently became the director of inclusive entrepreneurship at ChicagoNEXT, the technology-focused arm of the city’s economic growth organization.

At ChicagoNEXT, Odom partners with the Blackstone Charitable Foundation on its Inclusive Entrepreneurship Challenge, which provides over $3 million in grants to nonprofit organizations that support entrepreneurship in underrepresented Chicago communities. These organizations receive on average $125,000 in support to grow and foster tech inclusion.

“[We support] local entrepreneurs who can solve local problems and create local opportunities for their communities,” said Odom. “[We are] taking an analytical approach towards this activity, measuring, tracking, and adjusting with a strategy according to the data each week and each month.”

Kanouse and Odom represent two central organizations in a growing ecosystem focused on encouraging and supporting the next generation of diverse entrepreneurs.

However, despite this attention on diversity and inclusion, there are still very real challenges ahead.

Nationally, female-backed startups receive less than 3 percent of venture funding, and there has been a decline in funding allocated to them in the last 2 years. This decline is happening even though in 2017, 17 percent of startups were female-founded.

There are many reasons for this phenomenon, including the fact that less than 10 percent of all VC partners are women, which creates an access-to-capital problem that hampers the growth of female-founded companies. Investment firms like the Chicago-based InvestHer, which is focused on investing strictly in women-led businesses, are working to reverse this trend, but there is still work to be done.

“Women in tech in the Midwest face many of the same challenges as our counterparts in other parts of the country, like general bias and pay inequity,” said Kanouse.

Overall, Odom identifies a pipeline problem in terms of who is being regularly funded or funneled into new organizations, as well as work to be done in identifying where and who diverse entrepreneurs and tech workers are.

However, there is hope on the horizon.

“The Midwest is in a unique position to move the ball forward faster on this issue than other regions. The general humbleness and get-down-to-business attitude of the average Midwesterner give us an advantage, and tech leadership here understands that advancing women and other diverse populations will put our ecosystem in a more competitive position,” said Kanouse.

Correction, December 13: This post has been updated to include Chicago Tech Academy and Blue1647’s correct areas of focus. Both organizations have programs focus on promoting gender and race/ethnic diversity.

Alida Miranda-Wolff is the director of platform at Hyde Park Angels, the most active early-stage investor in the Midwest. She also serves as a venture board member at mHub, the largest manufacturing innovation hub in the Midwest, and she teaches talent development and content marketing at General Assembly. She is proud to be one of two dozen Latina women in venture capital and is committed to growing their representation.

Alida Miranda-Wolff is the Director of Platform at Hyde Park Angels, the most active early-stage investor in the Midwest. She also serves as a venture board member at mHub, the largest manufacturing innovation hub in the Midwest, and she teaches talent development and content marketing at General Assembly. She is proud to be one of two dozen Latina women in venture capital and is committed to growing their representation.