10 Things to Know about the President’s Management Agenda 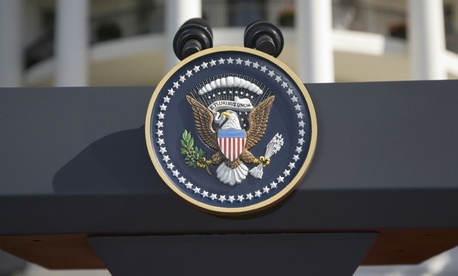 The presidential seal on a podium outside the White House. Copyright: Joseph Sohm/Shutterstock.com
The President’s Management Agenda, released by the White House on March 20, is a fascinating document, different in virtually every respect from the plans of previous administrations. Here are 10 reasons why.

The very ambition of the president’s management agenda, of course, means it will be hard to accomplish. There’s a Category 5 hurricane in Washington that always threatens to swamp all the other boats. Achieving results will require, in particular, Trump appointees and the Office of Management and Budget to be on the same page, and there are already deep tensions here.

Perhaps most fundamentally, it will require building a much new intellectual capital and analytical capacity. Just how will the government focus on mission, transform its workforce, maintain lasting values, and develop the data systems needed to drive a 21st century government? How will it build the center-of-government capacity it needs, along with the mission-driven systems—people, technology, information—in agencies? There is, of course, no time to wait in moving down this road. And, if we want to rebuild citizens’ trust in government, there’s no choice but to move down this road.

So Trump’s management agenda is both a world-class plan for transforming the government and, between the lines, a powerful diagnostic for what ails it. It’s an important, perhaps surprising, contribution to the public debate.

Donald F. Kettl is a professor at the University of Maryland School of Public Policy and a nonresident senior fellow at the Brookings Institution and the Volcker Alliance. He is the author of many books, including Escaping Jurassic Government: How to Recover America’s Lost Commitment to Competence, The Politics of the Administrative Process, System Under Stress and The Next Government of the United States. Kettl is a two-time recipient of the Louis Brownlow Book Award of the National Academy of Public Administration. In 2008, he won the American Political Science’s John Gaus Award for a lifetime of exemplary scholarship in political science and public administration. He has a Ph.D. in political science from Yale University and has held appointments at University of Pennsylvania, Columbia University, the University of Virginia, Vanderbilt University, and the University of Wisconsin-Madison.

Want to contribute to this story? Share your addition in comments.