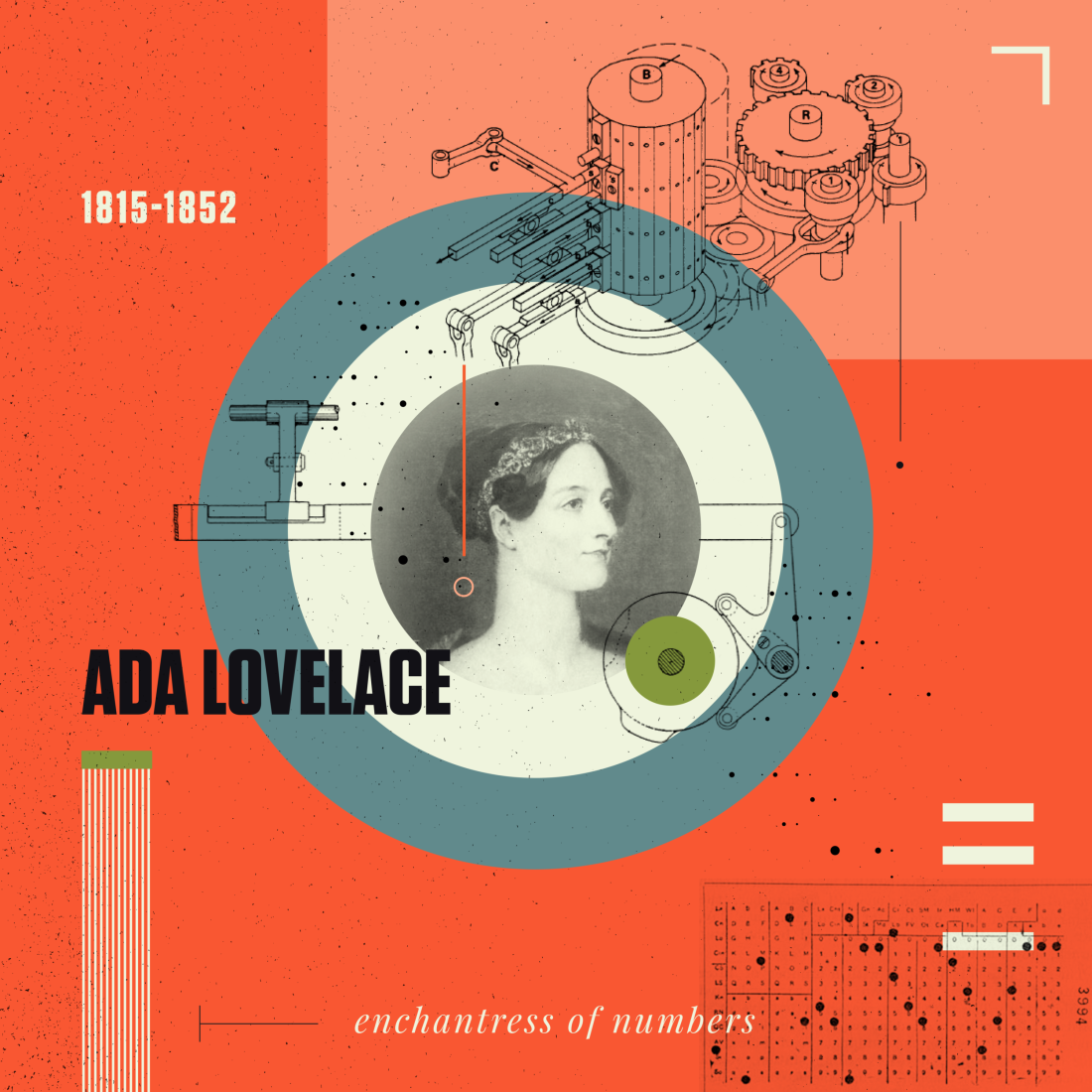 Ada Lovelace was a countess, English mathematician and writer, most recognized for her work on Charles Babbage’s early mechanical general-purpose computer, the Analytical Engine. She is regarded as the world’s first computer programmer for her publication in 1843, suggesting the data input that would program the Analytic Machine to calculate Bernoulli numbers, now considered the first computer program. Babbage was so impressed, he dubbed her the “Enchantress of Numbers”.

Beyond understanding the intricacies of Babbage’s machine, Ada Lovelace was a visionary. She predicted what would happen 100 years in the future, that machines like the Analytical Engine could be used to compose music, create graphics, and would be vital for scientific progress. She understood that numbers could be used to represent so much more than just quantities. Lovelace became a brilliant mathematician, thanks in part to opportunities that were denied most women of the time. Born into aristocracy, the daughter of famous poet Lord Byron and Anne Isabella Milbanke, she was already destined for the history books. But her curiosity about how society relates to technology as a collaborative tool and contributions to the field of mathematics made her a pioneer.

Disclosure: Smita Nair Jain has nothing to disclose. She doesn’t own stock in any publicly traded companies and does not hold investments in the technology companies. She has equivalent of the American 401(k) plan in India that is automatically managed. (Updated: June 02, 2020)